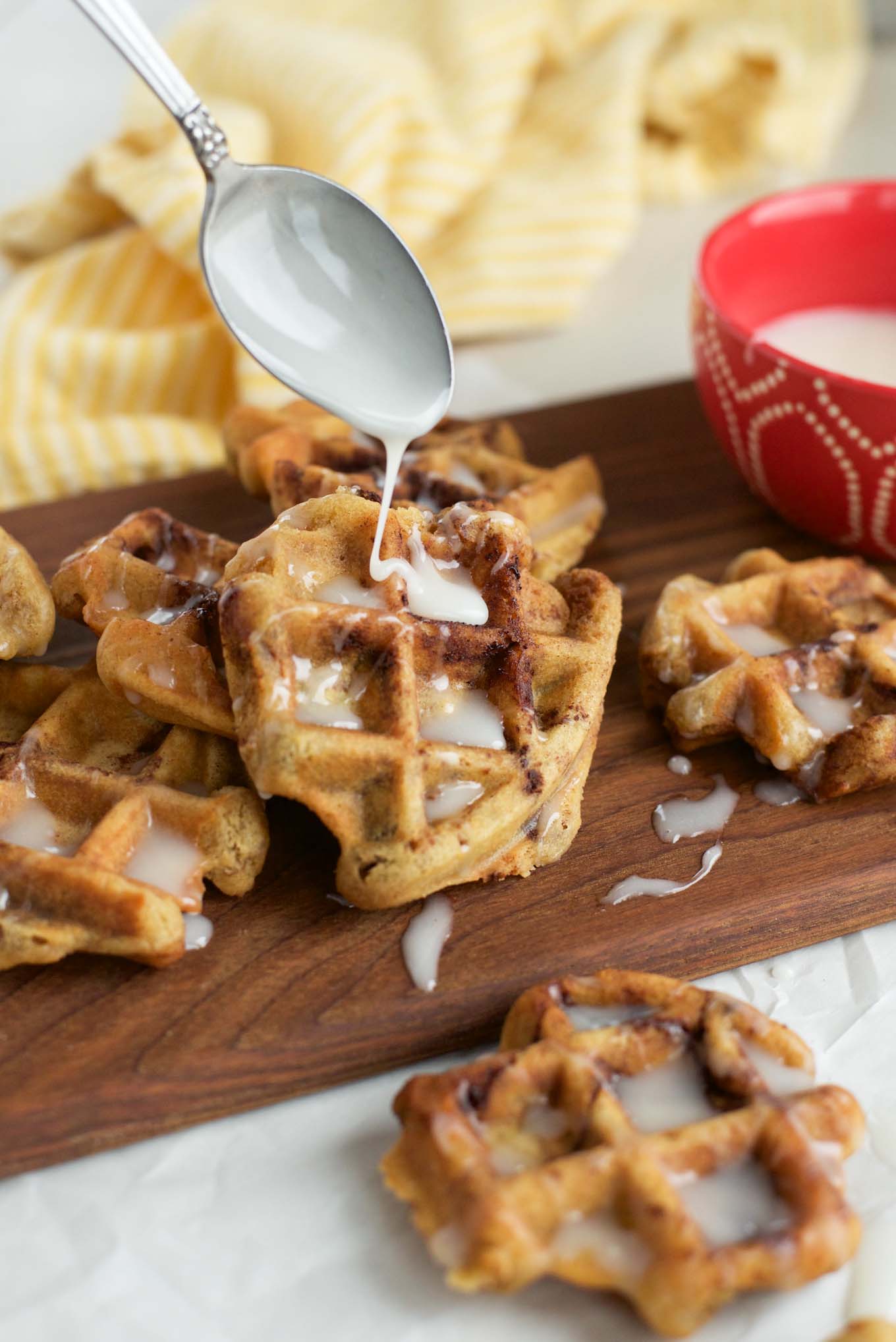 Things are about to get real.

In more than one way, my life has completely been rocked and changed for the better the past few months.

For one, these 20 minute cinnamon roll waffles are life changing. Can we talk about the best way to reinvent the ooey gooey heavenly cinnamon swirled bread covered in frosting? No longer do you have to wait for hours for those rolls to rise and then another hour to bake. This seriously is the greatest thing and that cheap little waffle maker of mine has really started moving to the top of my must-have appliance list.

Of course it is going to be hard to surpass the Vitamix (so worth the money) which I use nearly every day, the waffle maker is quite a fabulous idea. From mashed potaffles, to hashbroffles and even zucchini muffles. The greatest of all of these now lies these perfectly sweet cinnamon rolls.

The kids were eating them as fast as we were cooking them and I don’t think the hubs even got them to a plate before he had devoured his. He even stated this was one of the closest things to ‘real’ cinnamon rolls he’s had in years. 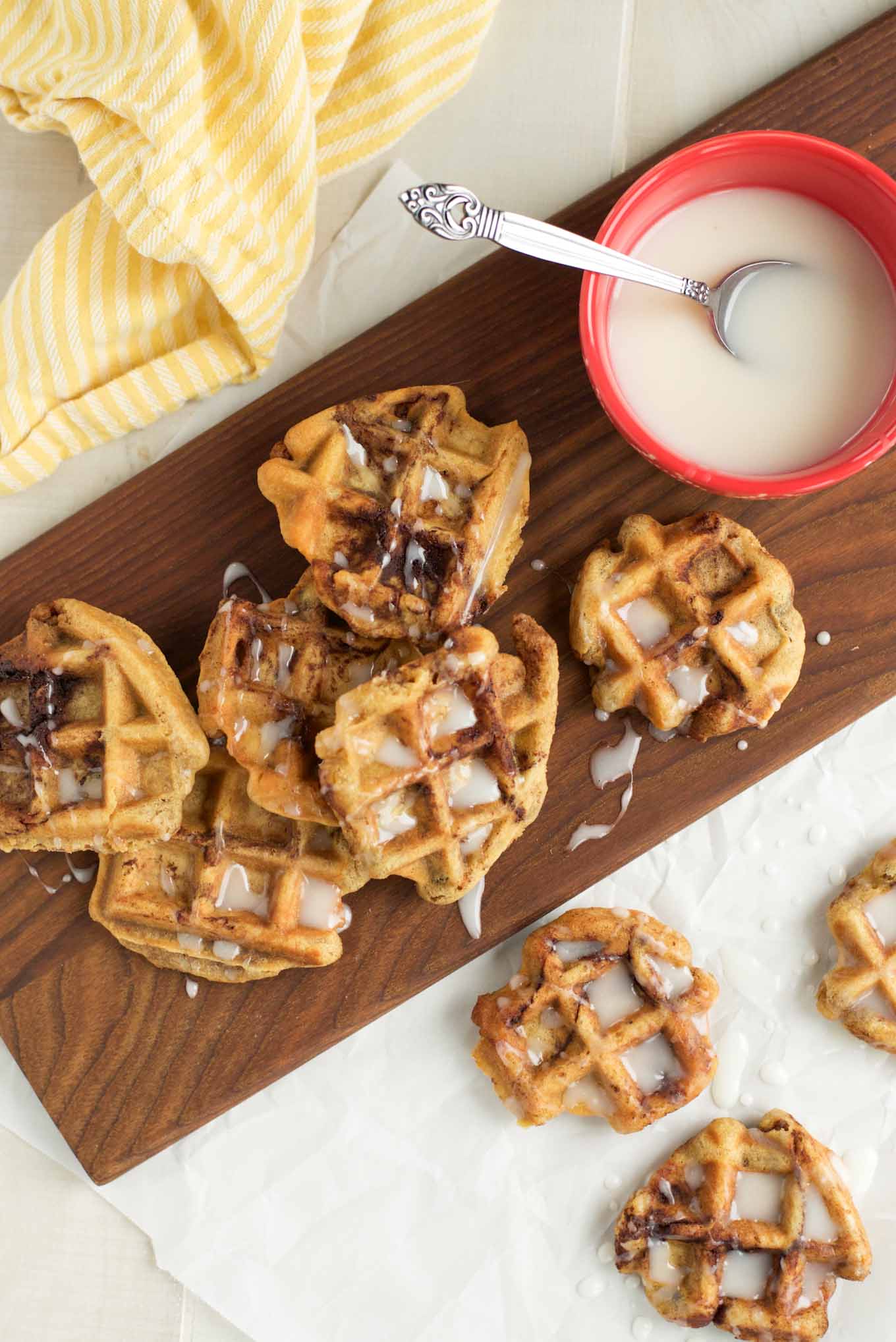 I’d like to make the argument on what he classifies as ‘real.’ Two, this sounds like he is completely deprived of good food. And three let me all fill you in on how he used to eat cinnamon rolls, back in the day when he was indestructible. That would be an extra-large cinnamon roll covered in cream cheese frosting with a layer of butter on top of that.

I know, I can’t even. Obviously he’s come a long ways. 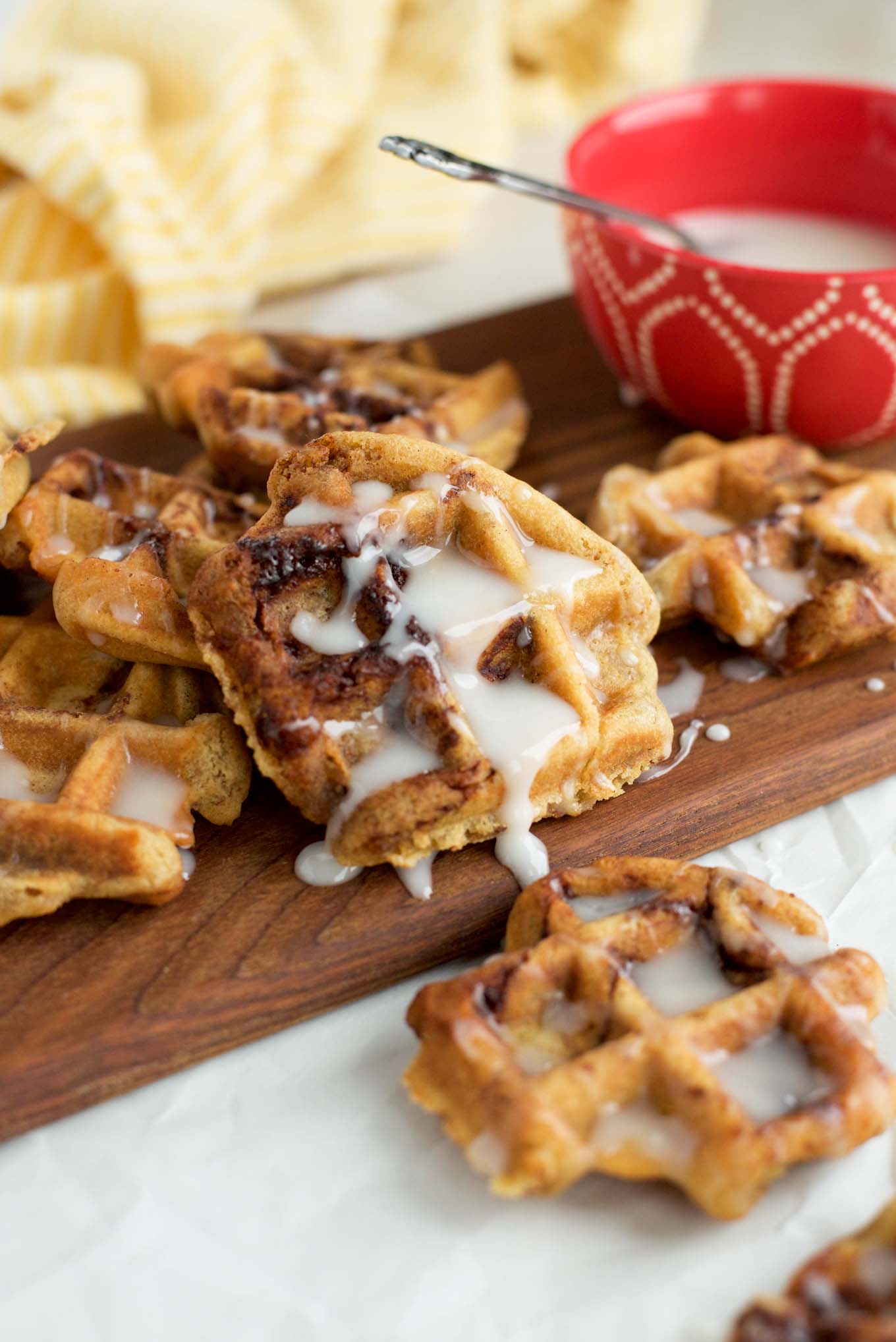 My other life changing events were more a series of events. The last eight to nine months have been full of the highest of highs and the lowest of lows. I must tell you while I wouldn’t change any of it, I really am beyond excited to finally have figured out a goal, a renewed passion for my mission with Simple Roots. I won’t bore you with the details, unless you’re one of my beloved friends of the Simple Roots tribe and therefore will be getting my entire sob story of how I came to this new-found love.

I’m definitely changing up things around here, for the better. You’ll still get some tasty recipes but you’ll also be seeing lots more of… weeeelllll if you want all of the juicy details just subscribe to my newsletter and you will be getting lots of details in the next week.

Seriously, things have taken a turn for the better and I am so ecstatic to start filling you in on those details. So don’t forget to sign up. The first phase of the story comes to your inbox tomorrow. EEK!

The icing on the cake (no pun intended) would be whipping up a batch of these perfectly sweet, gooey cinnamon roll waffles while you sip coffee and get all the juicy details of big changes here at Simple Roots. It’s going to be better than your People magazine.

All you need is 20-minutes and breakfast is served. And while you’re at it, why don’t you make me an extra batch. 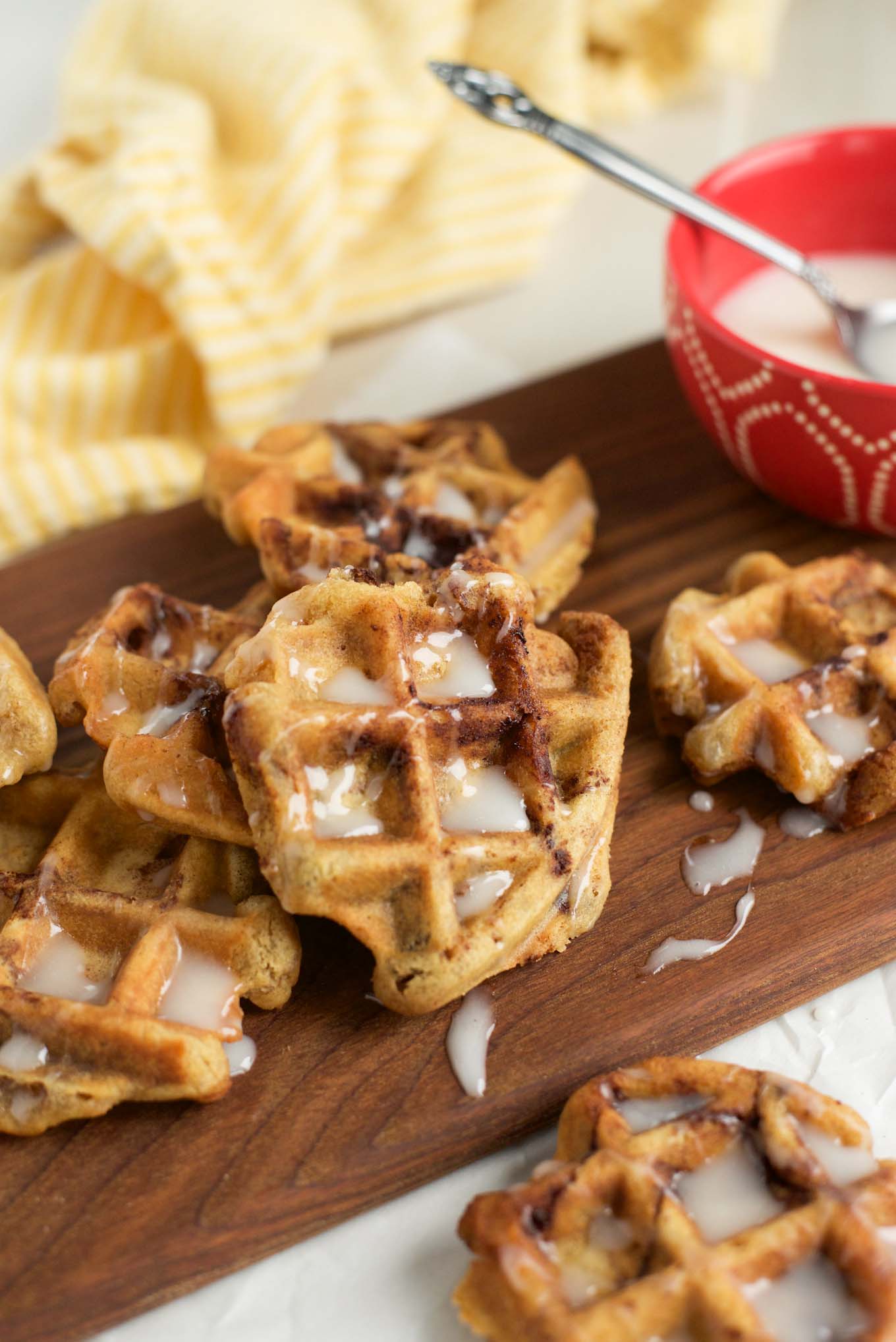 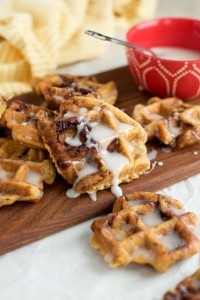