The Best Salad Ever - Simple Roots 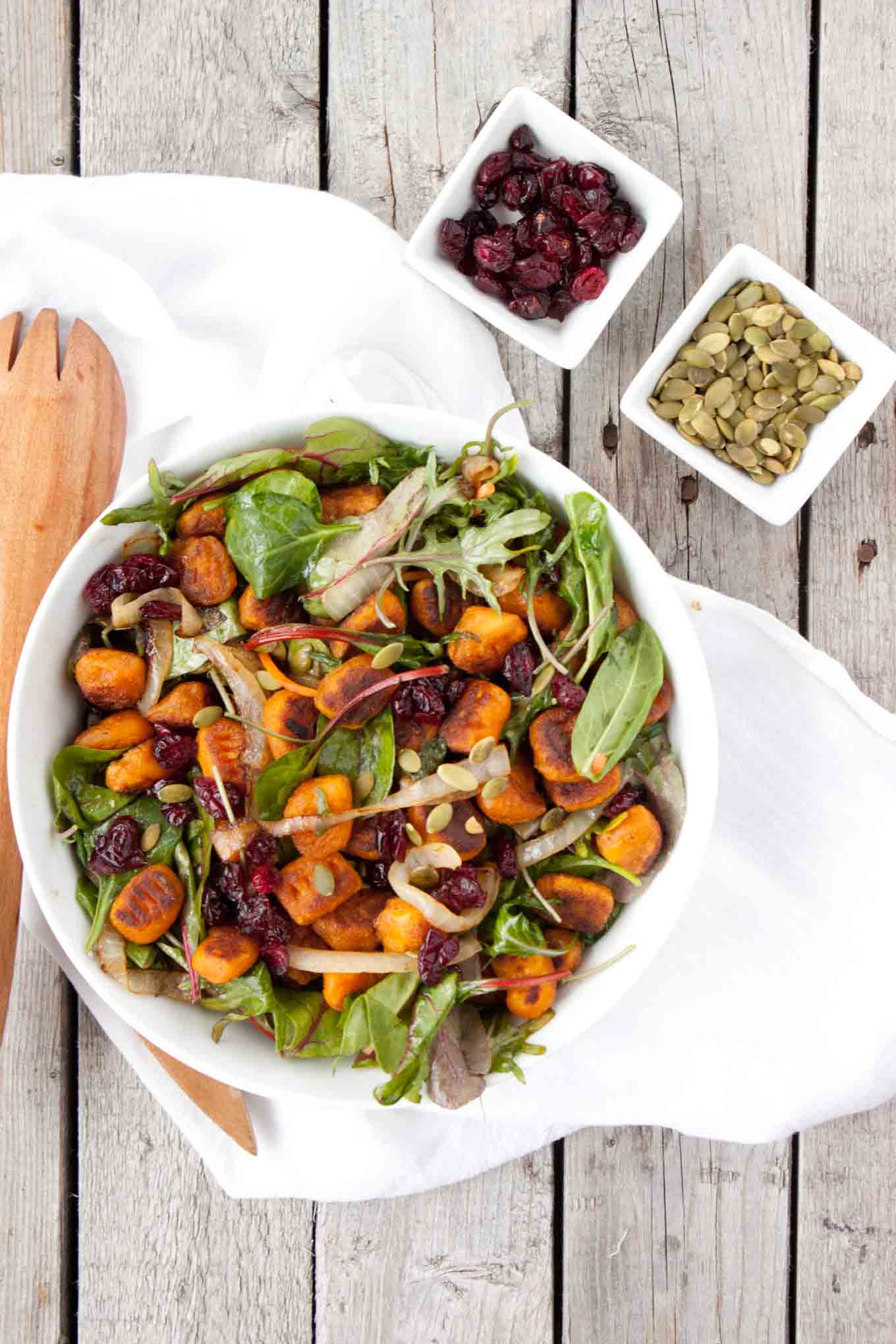 There are no other words to describe this salad, it really is the best salad ever. Especially with big heaps of tangy goat cheese atop the pillowy gnocchi, sweet onions and the added bonus of the dried cranberries. Did I say Goat cheese? I know, it isn’t in the picture. I got so excited to eat it that I rushed through the pictures, later to realize (after I had devoured the entire bowl), that I forgot to get a picture with the goat cheese. BAH! I’ve lost it, when my stomach begins speaking for my brain it turns south real fast. So imagine this picture with the addition of the goat cheese and we can all scream with excitement in a really girly voice, “THE BEST SALAD EVER!”

As I eat this salad for the 10th time this week, I need to talk with you about some things. Yesterday I was confronted with a dilemma and I just need to know your opinion. I was out and about with all of the employees yesterday (the kids) meeting up with a friend for a playdate and getting gas, dropping things off you know all things that were in a controlled manner. I remind you that I had all four kids in tow (and just for clarification one – the boy – is my nephew) when I realized that maybe while we were in town, or the nearest town that has a Target, why not stop by and pick up the supplies for making homemade Valentines? 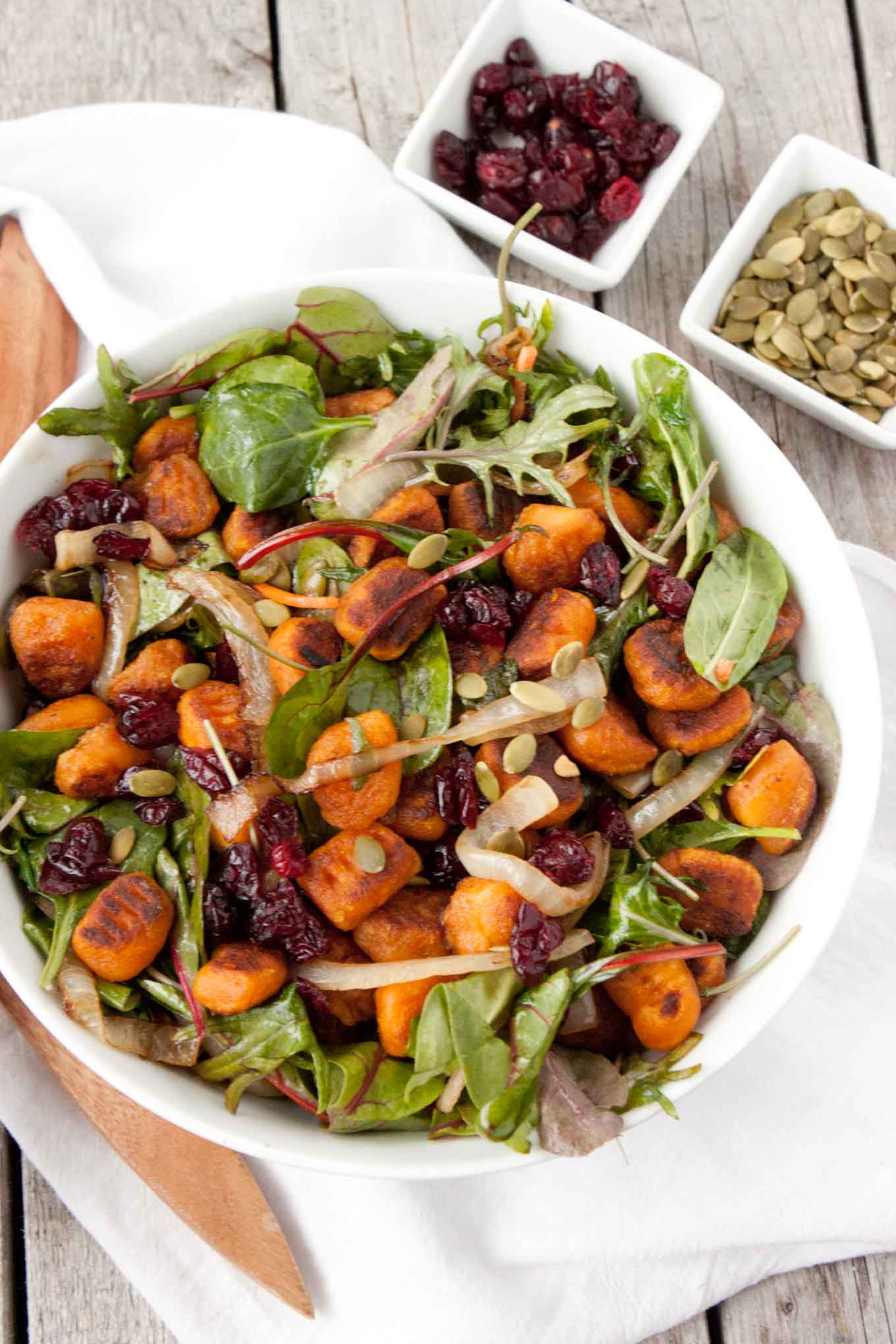 So we are headed to Target, I begin giving myself a pep talk for how this will all play out. I have one good walker, two decent walkers but horrible listeners and one non-walker. I would park by the carts, grab a cart and just pile the three youngest in it. Yes, this would be okay. But as we got closer and closer this voice kept telling me I was crazy. The voice reminding me that even if we do make it in the store it doesn’t mean that things are going to go well. I start picturing the two-year olds running in opposite directions, someone throwing a hissy-fit on the floor kicking and screaming (which I always thought was so disgusting that people let their children lay on the floor in public with their face pressed against it, until I had kids of my own and I just chalk it up to their own problems) and the littlest getting hysterical because she can go from not hungry to hungry in two seconds. Why do they always get hungry in the middle of the store?

So I pulled into the Target parking lot, still able to overcome these terrible thoughts. As I sat there and braced myself for what was ahead I turned in my seat to see what lie before me and this is when the fear crept in. I began to quiver. Fear that I was greatly outnumbered four to one. Three pairs of wild eyes glared back at me with noses runny all bundled in their winter gear. They were ready, ready to run and I just wasn’t. So the battle began, I wanted to, Target was calling my name. But the fear, it overtook me and so I turned back in my seat, started the car and we slowly drove off.

As I watched the Target sign through my rear view mirror as we drove away, I started having second thoughts. So my first instinct was to call my husband and asked him this questions, “Hypothetically speaking, if you had all of the kids with you would you run into Target to get some things you needed really quick?”

His response (as you can imagine), “Target, what do you need at Target? And no I would absolutely not take all of the kids to Target by myself.” Followed again by, “What do you need at Target?” Bababababababa babbling is all I heard at that point. Bad move Alexa, of course he would never take the kids to Target because he never wants to go to Target as it is anyways. He says it is a money trap. Dah…what was I thinking? 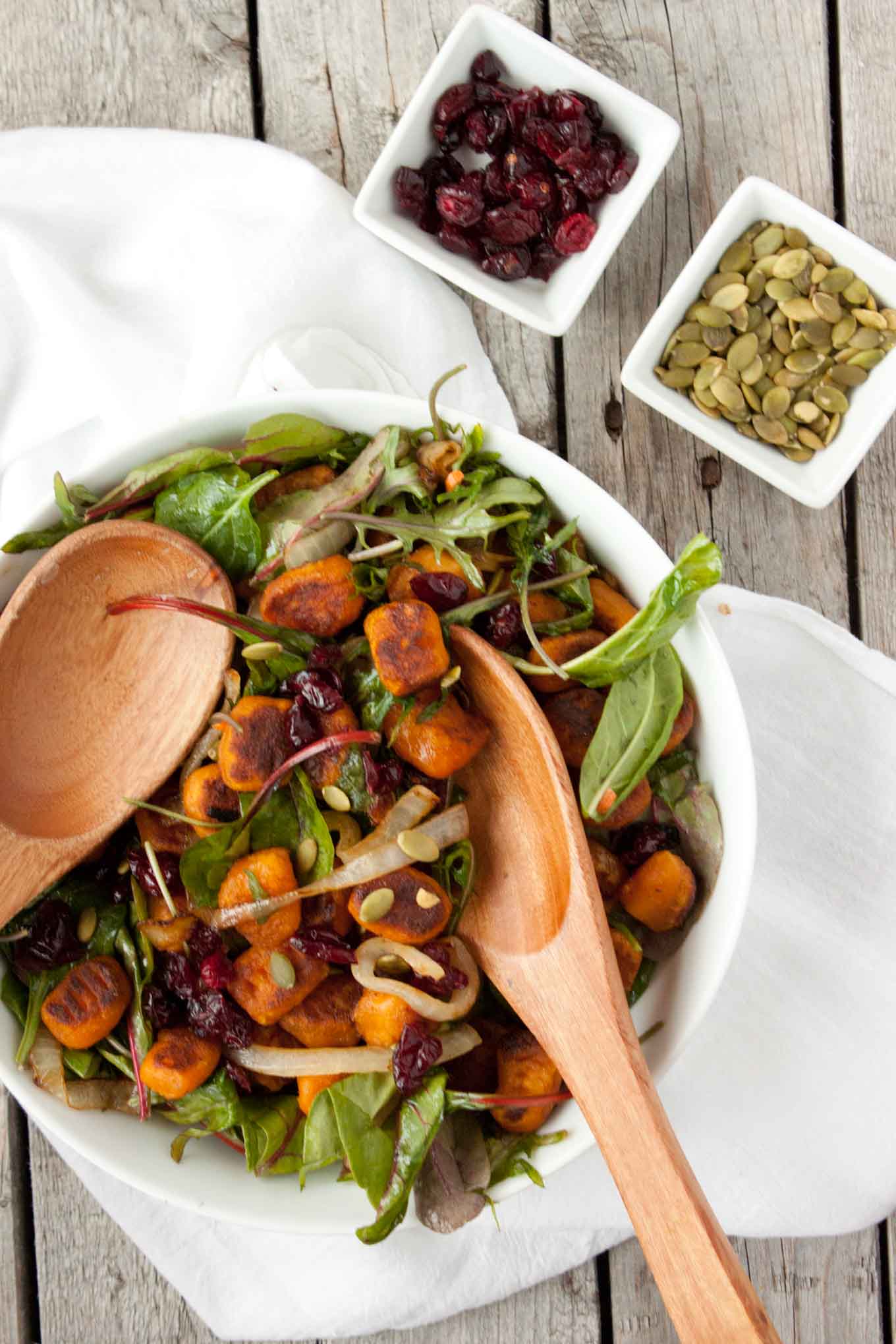 Knowing I made a bad move with that one, I hung up and called my mom to ask her. Her response was a little bit more sane. After talking with her we came to the conclusion that Target just isn’t the same relaxing, therapeutic place with a four-year, two year-old a nearly two-year old and a baby. Nope, there was a better time to enjoy Target and that was kid free. So we didn’t, I didn’t brave the weather and the kids to go.

But through this experience, I have declared a new proposition for Target. Can you please get a daycare? You know, like Ikea where you can just check your kids in, let them run off some steam while I sip a hot tea from Starbucks and peruse your store. Think of the money you are missing out on! What I am telling you is that I would pay you to watch my kids and then pay you for all the things I would be finding leisurely walking around your store keeping myself sane. I’m pretty certain I would be banned from ever doing this from the hubs but what a great thought. Am I right?

So go ahead, call me a chicken, but I just couldn’t do it. I’m blaming it on the 10 degree weather. Maybe if it were warmer and there wasn’t so much snow I would have braved it. I just couldn’t talk myself into wrestling the little ones in all their winter gear that makes them like slippery marshmallows. UGH do you see my dilemma. So I’m asking you, my beloved readers, hypothetically speaking would you have taken them all into Target?

Okay, enough of the Target saga, go make this salad. And then make it again because you are going to want it every.single.day. Those pillowy balls of gnocchi seal the deal folks. It has to happen and you will never look at another salad the same. Don’t forget the goat cheese, it needs that cheese to pull it all together. You get the greens with loads of flavor.

And yes, I still am obsessed with that darn gnocchi. 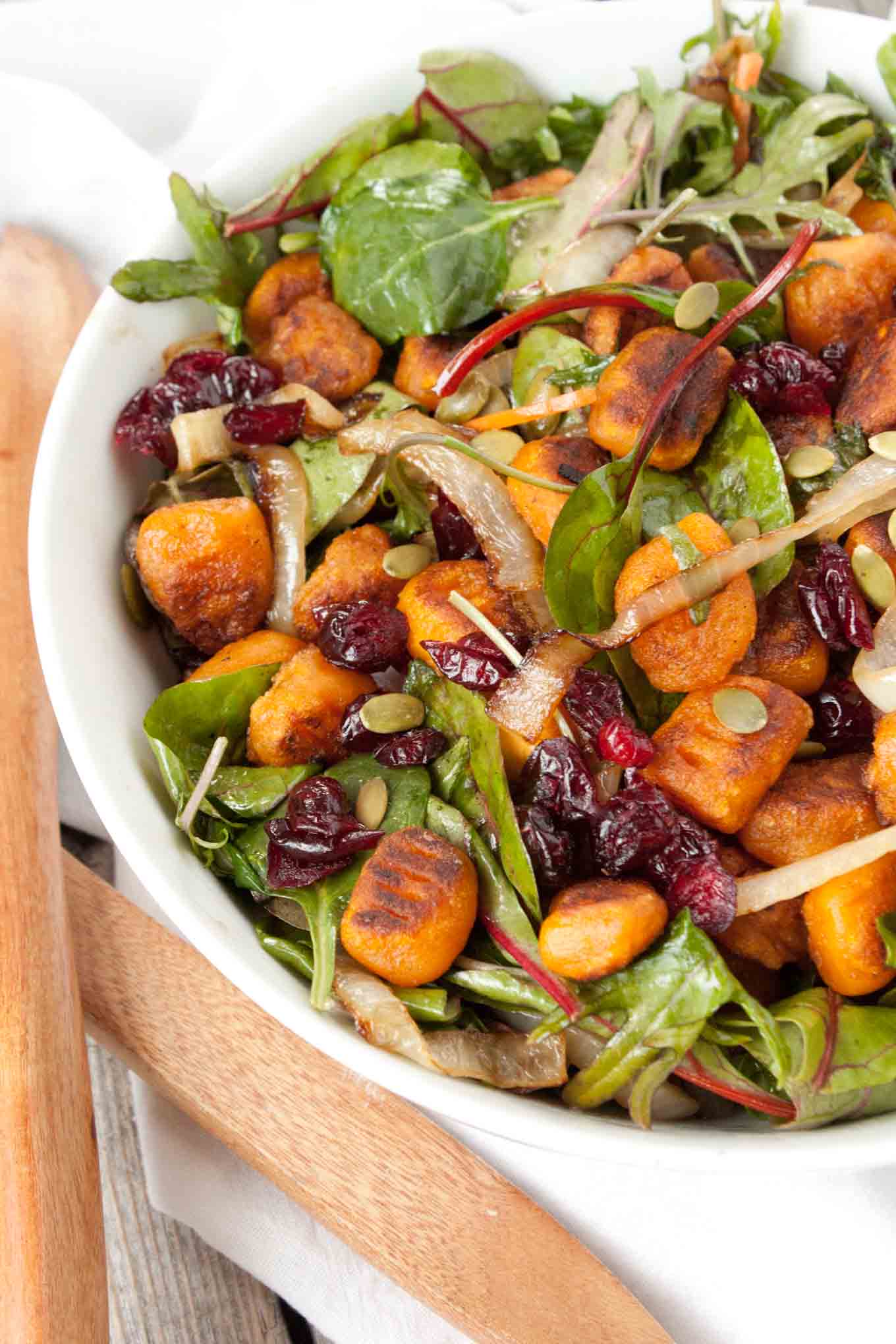 The Best Salad Ever

« Cuban Salad Bowl
How to eat out with kids, my thoughts on It Works and more »