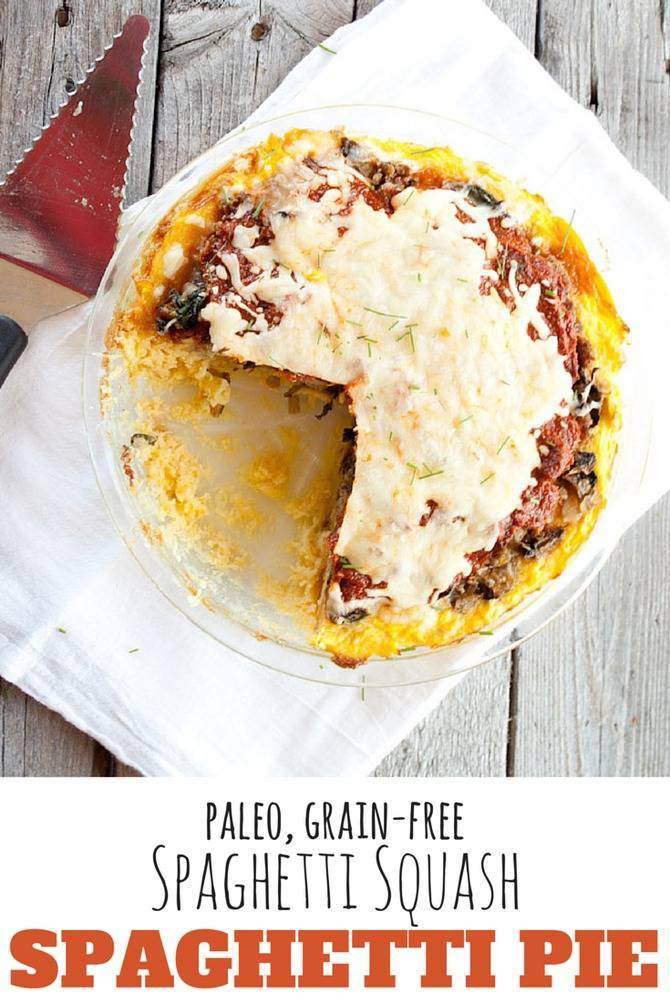 Baseball is my nemesis. We’ve never had a great relationship, like ever. You see my now husband but then boyfriend of many, many years played baseball. And so of course being completely “in love,” in a high school love sort of way, I went to every single pain-wrenching game. All because of love. –>SAPPY<–

But you must take a minute to understand just how many games that is. In one season, he played on the freshman, sophomore and varsity teams. Seriously, it was more hours than a job and in which case would have been better because at least there was some profit in it. But nope, just hours, upon hours, of driving to and watching this painfully slow game of baseball.

Yes, I went to every game that year accounting for sixty to seventy games. Wow, that is just so completely depressing and sad as I type that. All in the name of love (and not for the love of the game). Are you beginning to understand just why baseball and I are not so tight after all?

So fast forward 8 years to the present and the World Series has made a presence in our home. There is just something in side my gut that makes me quiver when I see a game of baseball. So here’s how the conversation went.

Me: Why are we watching this?
Hubs: It is the World Series.
Me: And….
Hubs: Like the most important game all year.
Me: Technically it isn’t that important until the final game, and isn’t there like a ton of games in the world series?
Hubs: says nothing…. 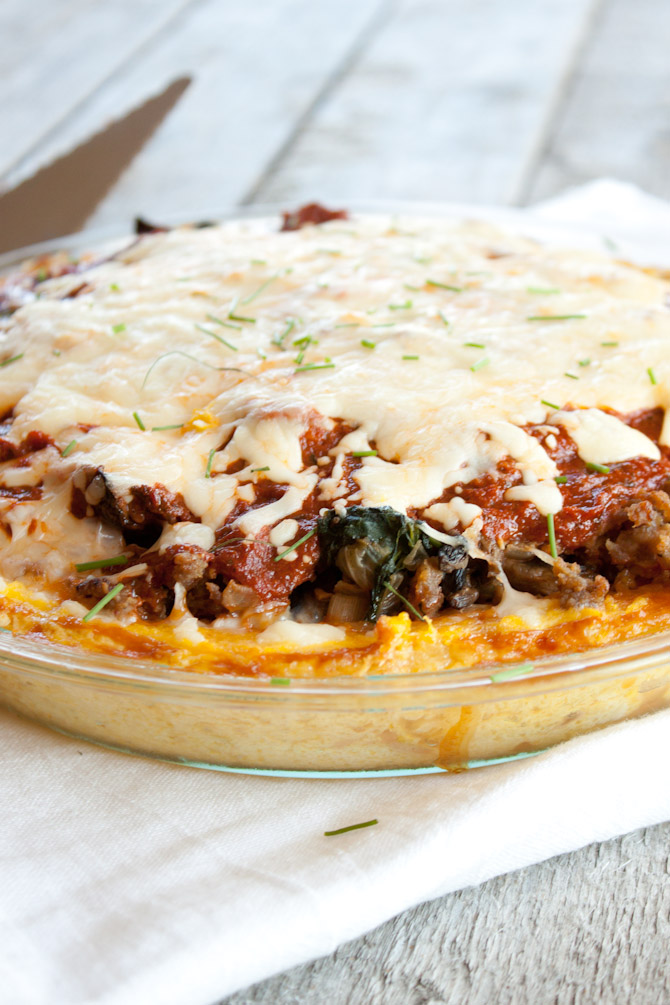 Because what is there to say. –>EVIL LAUGH<– I won that conversation, fair and square (even though he did end up watching the game). He had nothing, absolutely nothing to say. Let’s be honest, that just sums it up. There is really only one important game in baseball and that is the absolute final game. And you can bet that I won’t be watching it, well not with my eyes open anyways.

I may not have so much bottled up anger towards baseball if it had a time limit on the game and throughout the game. Let’s take for instance the amount of time in between each pitch. Ridiculous with a capital R. You may see more action watching paint dry. Now lets compare that to football and basketball. A football player has roughly 40 seconds between plays, a basketball player has 24 seconds to shoot the ball and the pitcher, well he has as much stinkin time as his little heart desires. See the frustrations? –>SIGH<– 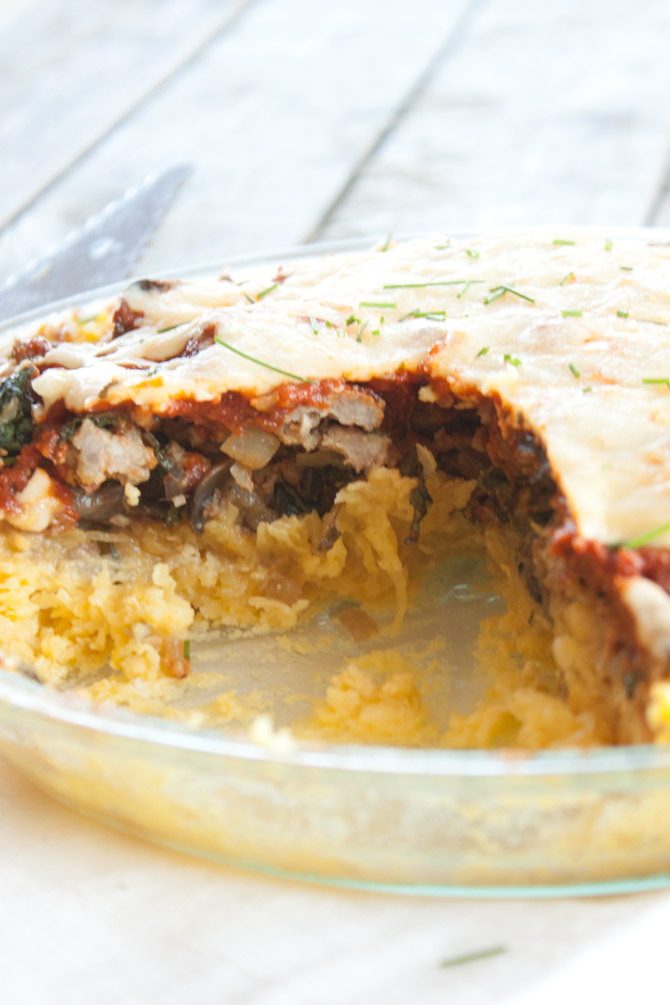 Now that I am all worked up about baseball I don’t even know how to bring it all back full circle to this beautiful recipe, the one thing that has lifted my pitiful spirits lately. So lets just go there shall we?

Pizza pie, you lovely little thing. The lightened up, yet deliciously flavorful version of something usually so dense and heavy, not to mention the mounds of veggies you will be getting from this dish.

Loaded with spaghetti squash, spinach, mushrooms, onions, tomatoes, tomato sauce and of course Italian sausage for a little kick it will put a much needed change in spaghetti night. A pie, made from spaghetti, what more could you ask for? 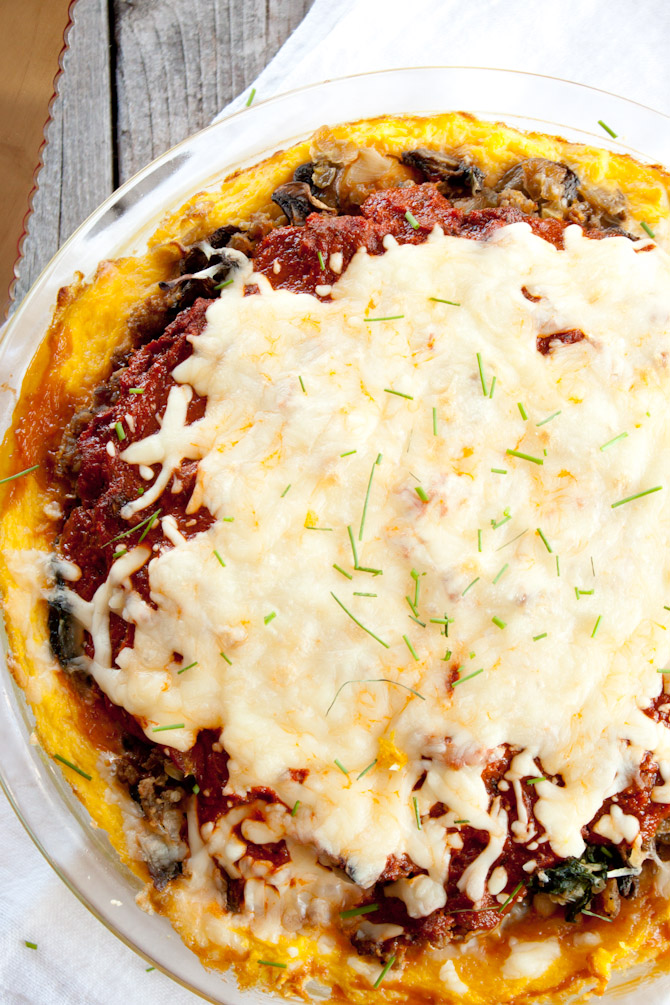