How To Make Kombucha at Home - Simple Roots 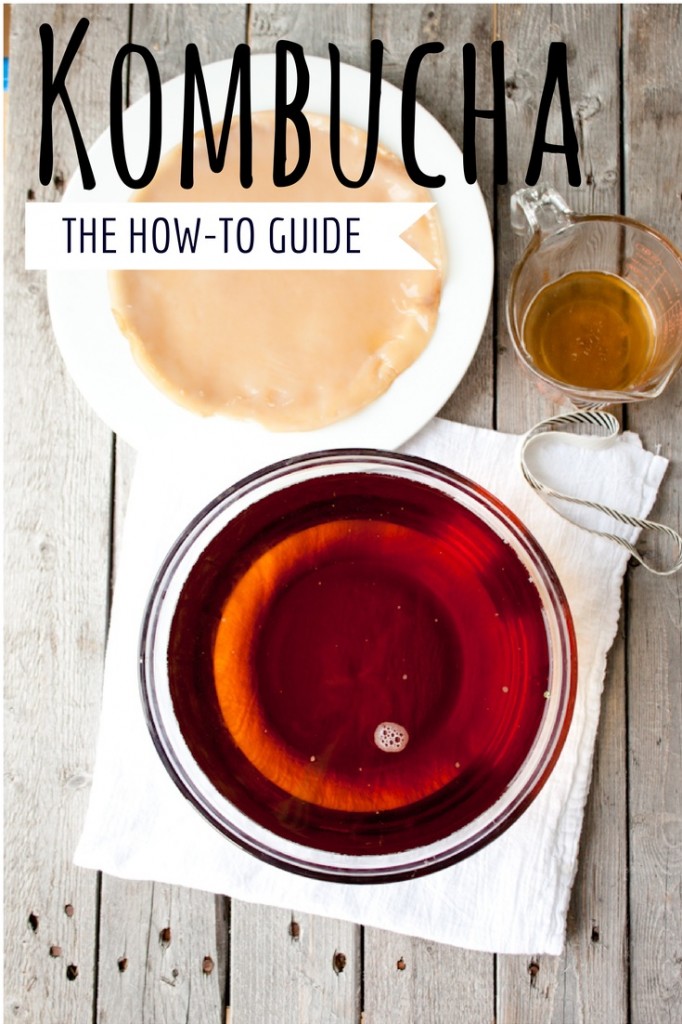 Kombucha, the thousand year old fermented beverage is making a comeback as the new health drink of today. My first encounter with kombucha was nearly two years ago where the nicely decorated bottle held the slightly sour, fizzy, fermented beverage. Now it wasn’t the bottle or the “health claims” that drew me but rather the chia seeds that were so perfectly immersed into the cooled beverage.

Those little slimy chia seeds took me back to my childhood where one of my fondest memories of any beverage I consumed, next to Tang of course (mom where you trying to kill us with all of that sugar?) was Orbitz. Does anyone remember Orbitz? Anyone?  Apparently my sister and I were the only two on the face of the Earth who drank the weird stuff.

If you don’t remember Orbitz it was a non-carbonated, fruit-flavored beverage that had small edible balls floating in it. Weird I know, and probably disgusting to many of you, hence why it is not longer made. But seriously, that texture was one of my favorite things. It was slightly strange but yet so addicting. The kombucha that sat on the grocery store shelf with little balls of chia seeds floating in it took me back to the Orbitz days and was calling my name. And thus where my kombucha journey began.

Kombucha is a beverage produced by fermenting sweet tea with a culture of yeast and bacteria, also called a SCOBY. One of the best descriptions of kombucha comes from the Kitchn:

I’ve been addicted to kombucha from first sip. It wasn’t really the probiotics or other health promises that did it for me — although I’ll take those, too! It was the way it tasted: like tart green apple mixed with sour stone fruits, but with an underlying sweetness that keeps it all together. And fizzy! I couldn’t believe that something this could actually be made from tea, of all things. Or that I could make it at home with a few very basic ingredients.

It’s true, kombucha’s flavor is quite intriguing. I describe it as a sour apple cider but the taste really depends on the length of fermentation. And the fizz, seriously like a carbonated beverage but made strictly from that slimy, strange and yet so intriguing SCOBY.

It’s weird. I mean you can see that from the pictures. It is a rubbery, spongy, slightly stringy, flat blob that covers the precious liquid underneath. It’s the power that transforms the sugary tea into something fizzy and sour and creates the very popular “health benefits”. It really is quite an interesting thing.

The SCOBY is actually an acronym for “symbiotic culture of bacteria and yeast.” It is cousins to the “mom” used to make vinegar. The process of the SCOBY is similar to that of a sourdough starter. The sugar feeds the yeast and bacteria to help it grow and as it grows it starts to ferment. In this case the SCOBY forms a complete layer on the top of the bowl or jar used to make kombucha. There are many theories on why this happens but the most logical is that it is used to protect the liquid from invading bacteria, air and help regulate temperature.

Oh yes, this SCOBY is quite particular about its conditions. It doesn’t like light, being too hot, or too cold, too much sugar or not enough. I told you particular. Remember it is bacteria, so technically it is alive and thus the conditions matter just like in our guts.

One of the most common questions I get is how to make kombucha. Well, let me tell you. The process of kombucha making begins with strong, black, sweetened tea and from that you add the SCOBY. Sweetened, really? Yes, you are going to use straight up white sugar to make kombucha. But don’t worry the sugar isn’t for you, its for the bacteria. Did you really think you were going to get away drinking a sugary beverage?

After the SCOBY is in place, add a towel and a rubber band and place in a temperature regulated dark place. Now I will warn you as it ferments it can get quite the odor. Nothing crazy bad, just a vinegar smell. My kids even know the smell and usually help remind me when it’s time for the harvest. Yes, it can be strong.

After about 8-10 days your kombucha is finally ready. The yeasts and bacteria have metabolized about 95 perfect of the sugar, excreting hundreds of compounds, including lactic acid, a small amount (very small) of alcohol and B vitamins. These byproducts are what give kombucha the gold star among its drinkers.

The truth is, as much as I would like to agree that it is some crazy health drink, I just can’t come to a complete conclusion on that. While I do think there are benefits, from the fermentation process alone (more on the next Wednesday), the research is just too inconclusive to make a final decision.

There has yet to be a single clinical study of human kombucha consumption mainly because it isn’t a hot topic and there is no real need. However, the only studies done, which have been preliminary and in animals, do show some benefit.

In one 2010 experiment published in the Journal of Food and Function, researchers found that black tea fermented with a SCOBY was as effective in treating stomach ulcers as the control medication. Another study conducted in 2003 found that the tea helped improve rats immune systems after being suppressed by heavy metal consumption.

Other noted health benefits by kombucha lovers include;

Take it or leave it, I still enjoy this slightly sour yet fizzy and whatever health benefits follow. And rather than dropping nearly $5 for a bottle why not spend $10 on a SCOBY that will last for years and years and years, or as long as you take care of it. Here’s how to make it at home. 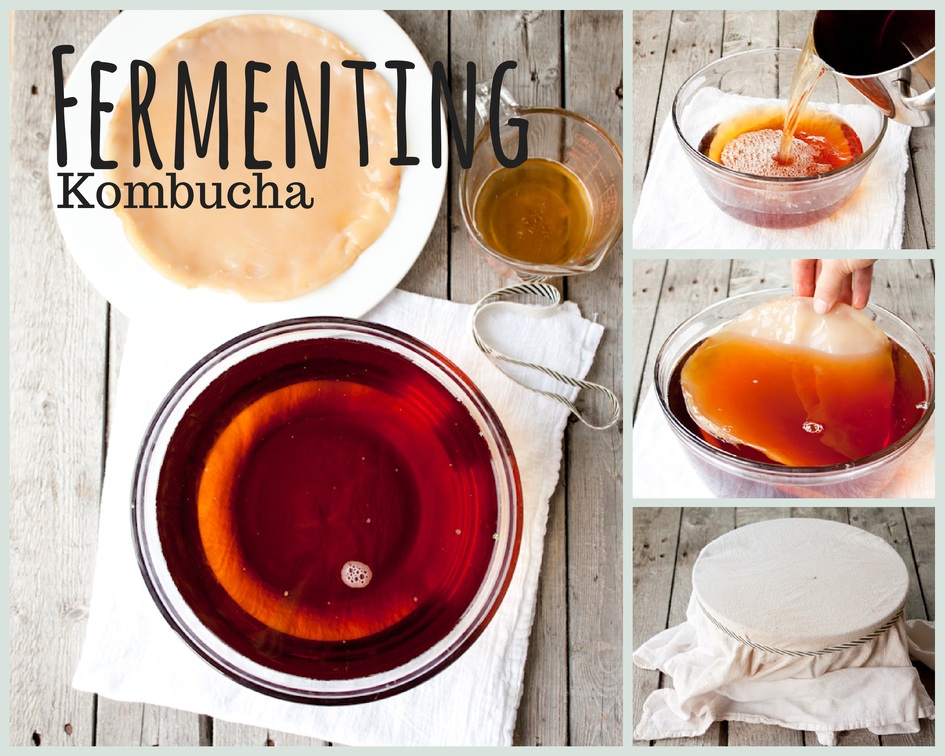 Note: It’s not unusual for the SCOBY to float at the top, bottom, or even sideways. A new cream-colored layer of SCOBY should start forming on the surface of the kombucha within a few days. It usually attaches to the old SCOBY, but it’s okAY if they separate. You may also see brown stringy bits floating beneath the SCOBY, sediment collecting at the bottom, and bubbles collecting around the SCOBY. This is all normal and signs of healthy fermentation.

However, if there are any signs of mold, black, green or yellow stuff appearing on your SCOBY discard that and its batch. Start fresh. Make sure you only drink kombucha from a healthy SCOBY and a healthy batch. I’ve personally never experienced a bad batch. 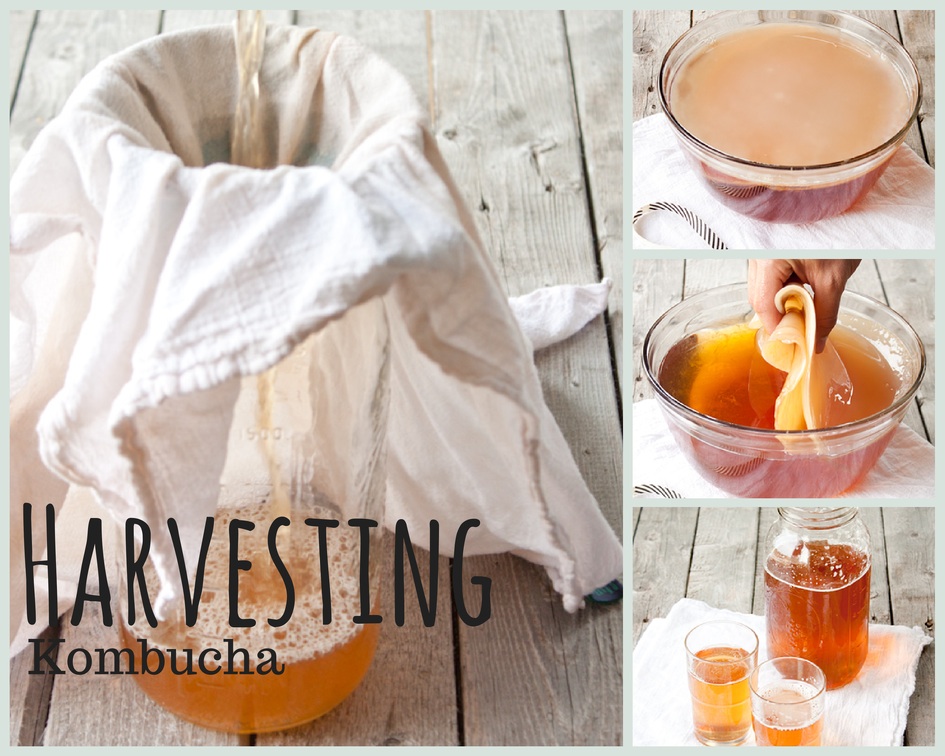 For more information on brewing your own kombucha check out these sources:

If you don’t have a friend to get a baby SCOBY from, here is where you can buy them: