The Dirt on Potatoes - Simple Roots 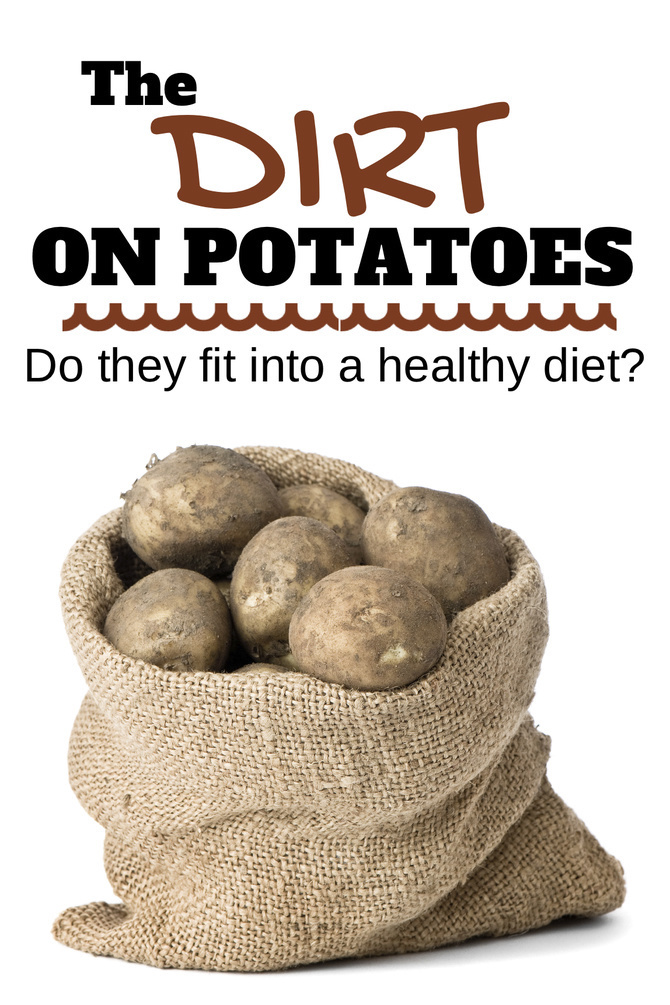 I hesitated to write this post for many reasons. Not because potatoes are unhealthy but because we, as Americans, consume them in unhealthy ways and in unhealthy amounts.They are the nation’s most popular vegetable. So what is the real dirt on potatoes? Are potatoes healthy? Let’s answer the questions on whether we should eat them, how much and what kinds.

Spuds have come and gone with every food on the market. Technically a real food as they are grown from the land, potatoes are an excellent source of vitamin C, B6, thyroid supporting carbohydrates, some usable protein and are one of the vegetables that contain the least natural plant toxins. This is of course when we talk about potatoes in the whole version, not chips or fries, especially those commercially prepared.

Do potatoes belong in a healthy diet?

Besides eating too many processed potatoes, root vegetables also absorb high concentrations of  herbicides, pesticides and fungicides that wind up in the soil. In fact conventionally grown have one of the highest pesticide contents among fruits and vegetables.

Here’s a frightening statistic, the USDA discovered 81% of potatoes tested in 2006 contained pesticides even after being washed and peeled. The chemical that is found on 76% of all conventional potatoes is chlorpropham, an herbicide that is used to stop the growth of weeds and to inhibit potato sprouting. Not only is this chemical toxic to honey bees, but according to the Extension Toxicology Network, chronic exposure of laboratory animals to chlorpropham has caused “retarded growth, increased liver, kidney and spleen weights, congestion of the spleen and death.”

In the case of potatoes, they’re treated with fungicides during the growing season, then sprayed with herbicides to kill off the fibrous vines before harvesting. After they’re dug up, the potatoes are treated again, this time to prevent them from sprouting.

Conventional potatoes in a store will most likely not sprout. Jeff Moyer, the farm director of Rodale Institute stated, “I’ve talked with potato growers who say point-blank they would never eat the potatoes they sell. They have separate plots where they grow potatoes for themselves without all the chemicals.”

YIKES! If they don’t eat it, we shouldn’t either as they know first hand the chemicals potatoes contain.

Buy organic, period. This is a must with potatoes! Washing it isn’t good enough on this one. The research shows that the chemicals have actually been absorbed into the flesh of the potato. The good news, this has to be one of the least expensive organic produce items out there. Only $1 – $2 a pound more than conventional spuds.

THE POTATOES PLACE IN YOUR DIET:

Potatoes role in one’s diet is different for everyone. The amount is going to depend on your metabolic context as well as your overall goals. Your body will tell you if they fit in your diet or not. In order for this to happen, you must LISTEN to your body. Some can consume a serving or two daily, others only once in a while and some need to limit their potato consumption all together until their overall health improves and/or goals have been met.

The good news, you are way better off eating potatoes than grains, even for those low-carbers. Plus, they contain very little phytates so the vitamins and minerals will be highly absorbable. If you are going to consume them, commit to only eating them in the whole form and of course only from organic or homegrown potatoes.