It never fails that Brussels sprouts have been the brunt of harsh jokes and punishments for years. I mean most kids and many adults are probably curling their noses that I am even attempting to put a recipe containing these little frightening vegetables on here. I could possibly ‘ruin’ someone’s day by begging you to attempt this recipe if your normally don’t like Brussels sprouts or vegetables in general. 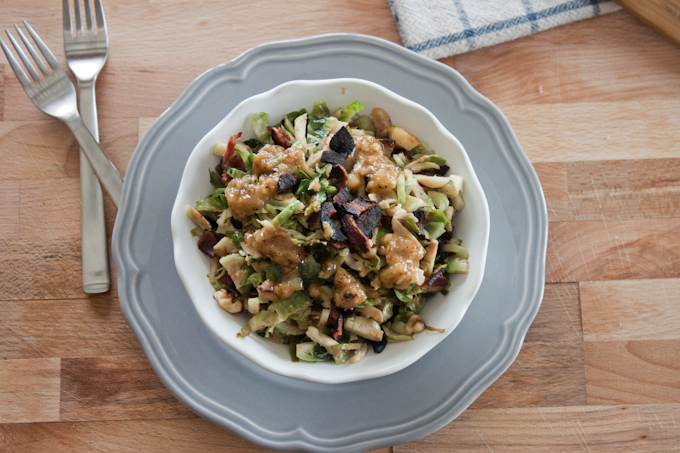 I must agree that my first experience with Brussels sprouts was not very pleasant. I was sitting with my sister in a restaurant not of our choice on a family “outing.” And to top it off, it was a buffet with run-down furnishing and food that looked like it had been sitting in the warmers all week. There was nothing pleasant about what they were serving but we proceeded. Did I mention, not by choice.

My sister is someone who will eat anything or at least try it, even if she knows she doesn’t like it (we all should be more like that). I on the other hand watched as she careful spooned three boiled little Brussels sprouts onto her plate (as if she thought she would eat more than one). With laughter she said, do you dare me to eat these. A gasp came over me, is she really going to put that into her mouth? I said, “I double dog dare you.” Because somehow adding the double dog to the dare made it that much more enticing.

Of course she wasn’t going to back down and as we proceeded to find our seats I just sat and watch those little balls roll around on her plate as she ate her food saving them for last. The time had finally come for her to complete her dare. She didn’t cut it, she just popped it straight into her mouth. As a look of disgust descended on her face, she chewed, swallowed quickly and began gulping water to get what I thought was the horrid, awful taste out of her mouth.

From that point on, I lived with this memory and had a thorough disgust of them. I never mentioned them and in fact avoided them. Never would I have cooked with them until a few years ago we were at a friends house for dinner and she cooked a side of sauteed Brussels sprouts. Now, I was old enough to “be brave” and act like these would not kill me. So I took them and with confidence put a bite into my mouth. With great surprise, I like them, a lot! I may have even eaten seconds. Either way, that was a defining moment in my food world. That was the start to my journey with Brussels sprouts. 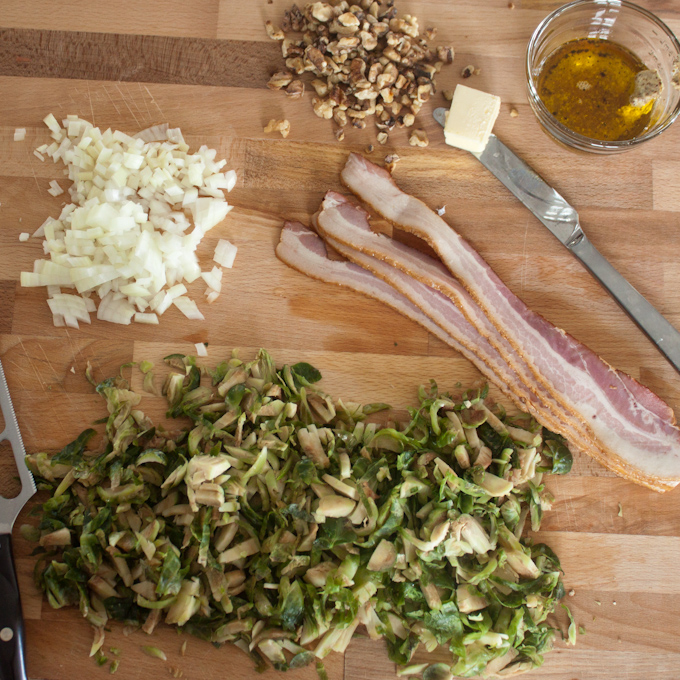 And I hope this is your start. Brussels sprouts are not what many of us picture. They actually can be quite delicious leaving you to want more. Yes, want more Brussels sprouts, it does happen. They look like itty-bitty cabbage bites and in fact come from the same family as cabbage, broccoli and cauliflower.

They have ample health benefits and as Shape Magazine states, they are one of the top ugly foods to be eating. Why you may be asking. Here are some known health benefits:

1. Healthy Cell Growth – This is done through the compound brassinin.

2. Healthy Hormone Balance in men and women – This is done through diindolylmethane (DIM) which promotes the excretion of xenoestrogens. Xenoestrogens are the bad estrogens we get through toxins and pollution.

3. Cancer fighting properties – They contain gluocsinolates which have anti-cancer properties.

And that is just to name a few. Needless to say Brussels sprouts are full of good nutrients that your body is craving. Need I beg you to step outside your comfort zone and try this savory dish. I promise it will change all of your negative thoughts about Brussels sprouts. Just tell yourself its cabbage, it helps. Now go try it! 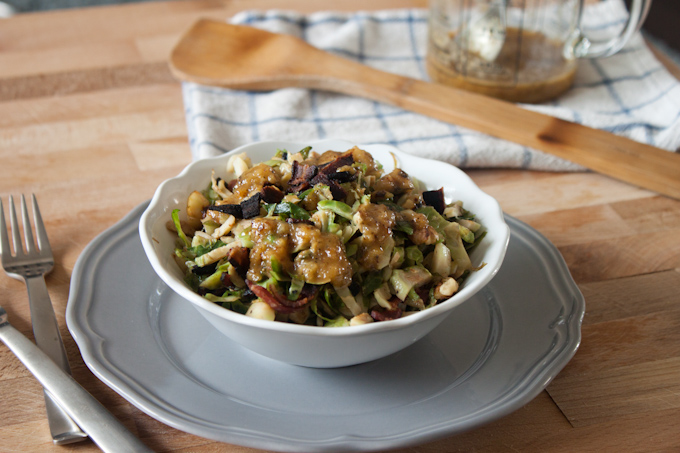 « Roasted Chicken and Kale
Hating to Love My Body »