Just in time for the big game. All you ever really need is food. Who’s kidding? The only thing that matters this Sunday are these slow cooker beef fajita tacos and that half time show. I would like to tell you I’m some super sports fanatic but I have to admit, it’s just the opposite. Funny how I married the class jock (internally he was really just a math nerd) who played alllll of the sports. As the story unfolds, that jock now has three little girls and one big one in his life all who complain when anything with a ball comes across the TV.

I know, call us lame, pity him and take not judgement if you are a sports fan. I totally get it, well I don’t but you get what I’m saying. 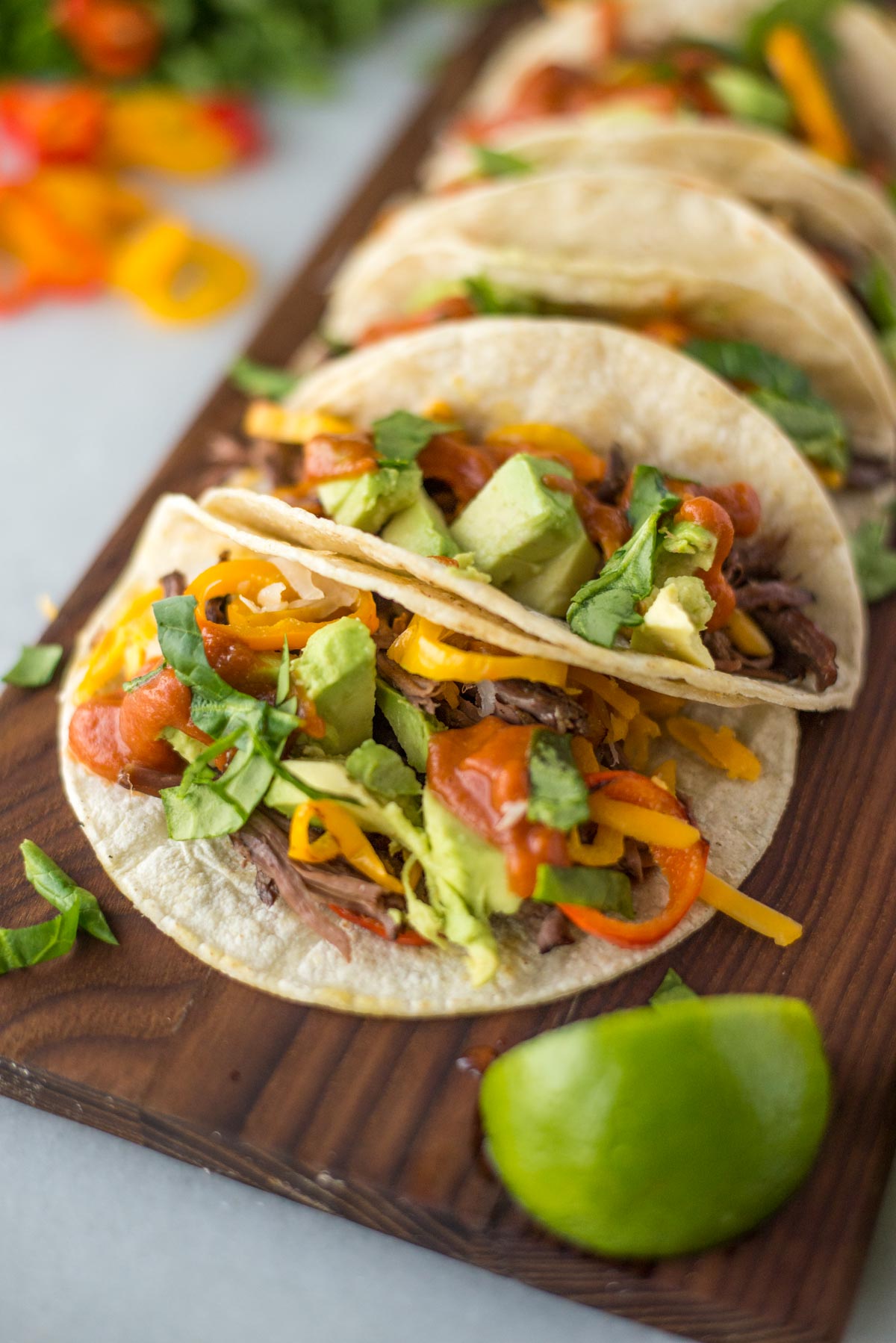 So in avoidance of all sports shows, you’ll find me in the kitchen whipping up some new creation. Some good, some bad and some gone terribly wrong. The good news is this one was good all the way around. But who can complain when its made in the slow cooker and in the end wrapped in  a soft corn tortilla… or on a bed of fresh lettuce. ->INSERT CLEANSE REMINDER – WINK<-

Just what I thought, no complaints.

While I would highly suggest you eat this on game day, we obviously sampled them days in advance. They came as a warm comfort after some small chaos on the hobby farm. Feel free to skip the farm drama and just head down to the recipe but if you want to know what life is like around here most days keep reading.

If you don’t already know, we contribute to a hobby farm. Contribute, what? Well technically my dad owns it and I must give credit where credit is due. He does 90% of the work or more but when help is needed well he calls on the hubs. The very same guy who was adamant that he would never farm nor live on a farm again.

He grew up there on a traditional Iowa farm with hogs, corn, soybeans and more corn. While I don’t think he has anything bad to say about it, he had just chosen a separate path for his life. Well fast forward a few years to our wedding day where he vowed to love me through everything, which can include all of the fury four-legged creatures I pick up along the way and any shenanigans that come along with said animals. Not that there is every any of those. 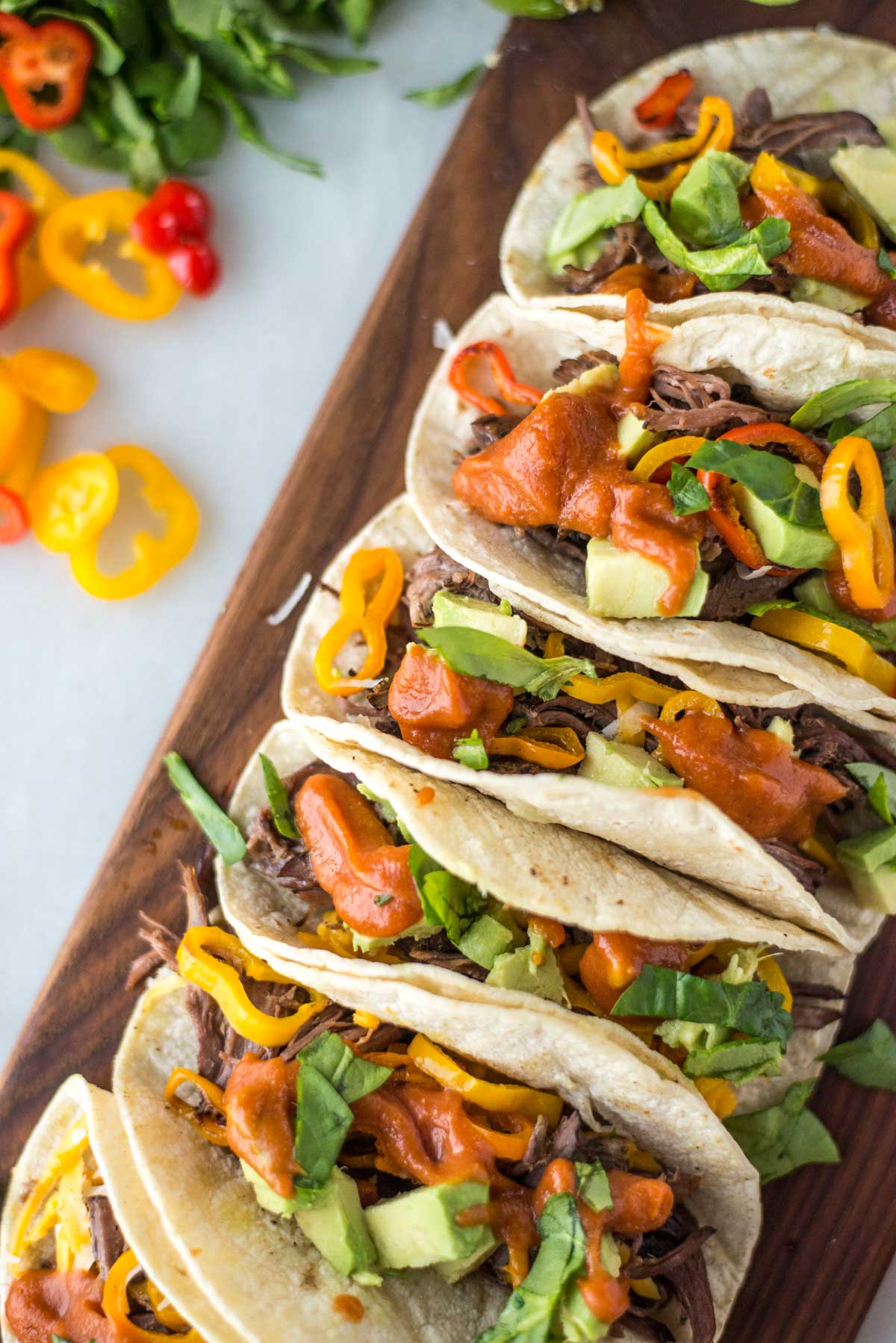 I apparently get this love for animals from my dad, although my mom who tries to play tough is just as much a sucker for animals as we are. For crying out loud this is the lady who let my sister and I feed a stray kitten until it eventually worked itself into the family to become a house cat. Said cat has now been around for a good 15 plus years and still lives with my parents.

She was also the one who bottle fed baby bunnies, yes you heard that right, wild baby bunnies when the nest would get run over by the lawn mower. She’s also been known to raise an abandoned ostrich (yes, it’s true) as well as kittens and sheep back in the day. So like I said, don’t let her fool you. My love for animals runs deep.

Well this weekend turned out to be particularly warm in the midwest a good 20-30 degrees above normal temps. So we took advantage and went on our first family hunt of the year. Of course this involved walking up to see our goats who are very pregnant and in the process startling one of the bottle calves who managed to jump the fence and escape. 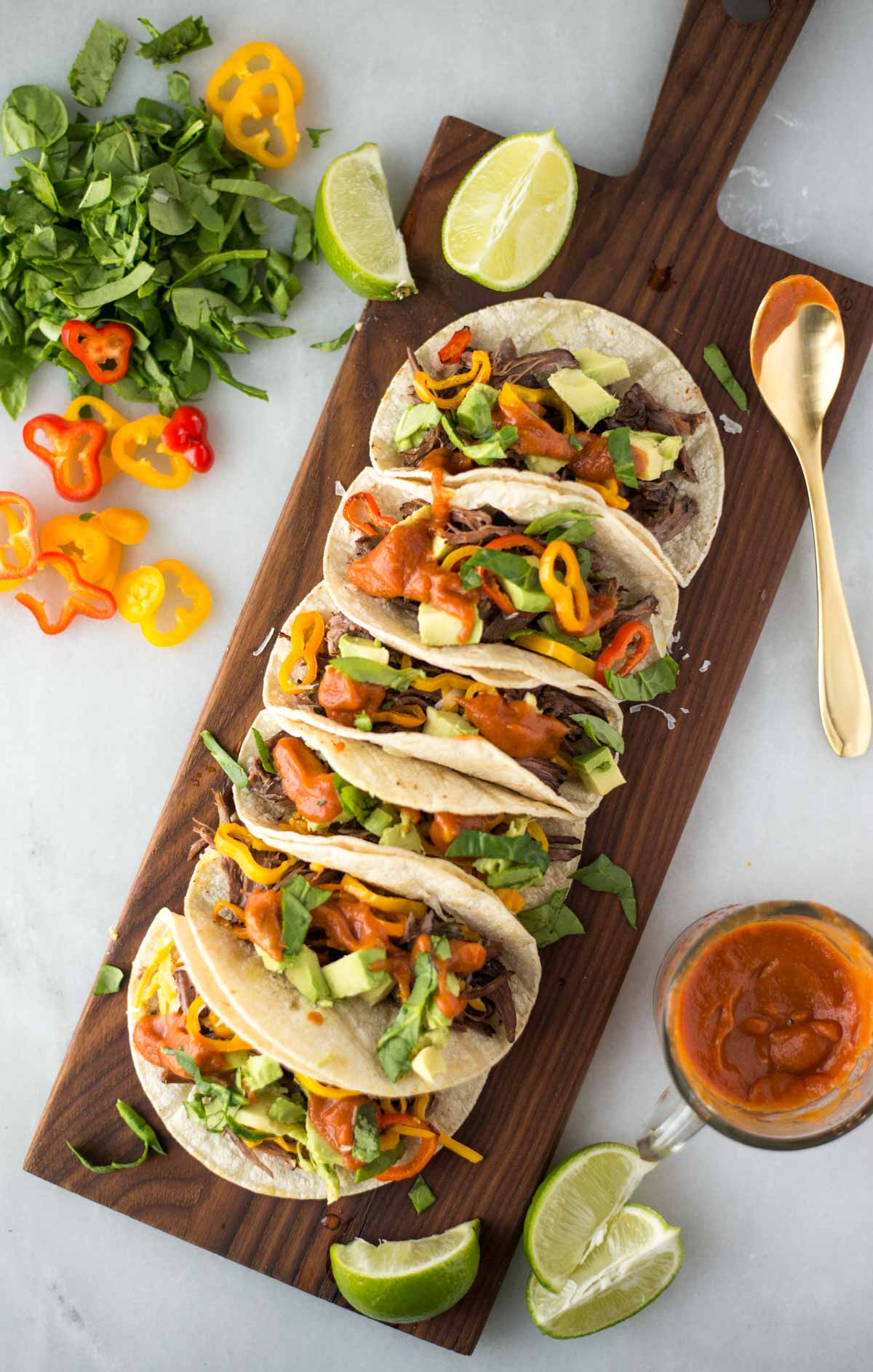 It turned out to be a full fledge rodeo only with baby animals which made it much less frightening and more enjoyable to watch as he bucked around and ran in circles around the other calves.

The problem, the calve was loose. It has escaped and this particular calf is the wildest one to date. The only way we were going to catch it was to round it back into the pen, corner it or lasso the little thing. Unfortunately none of us have brushed up on our rodeo skills and frankly haven’t touched a lasso in our lives. So that was out.

Next option, well we were thinking but in the meantime our youngest standing at a whopping 2 feet tall and 23 pounds decided she would take her stab at the 150 pound calf. As the thing comes running and bucking right up to her she continues full force without fear as if she was going to tame the thing. I of course scream and run for her as she looks at me with the look of, “I got this mom.” 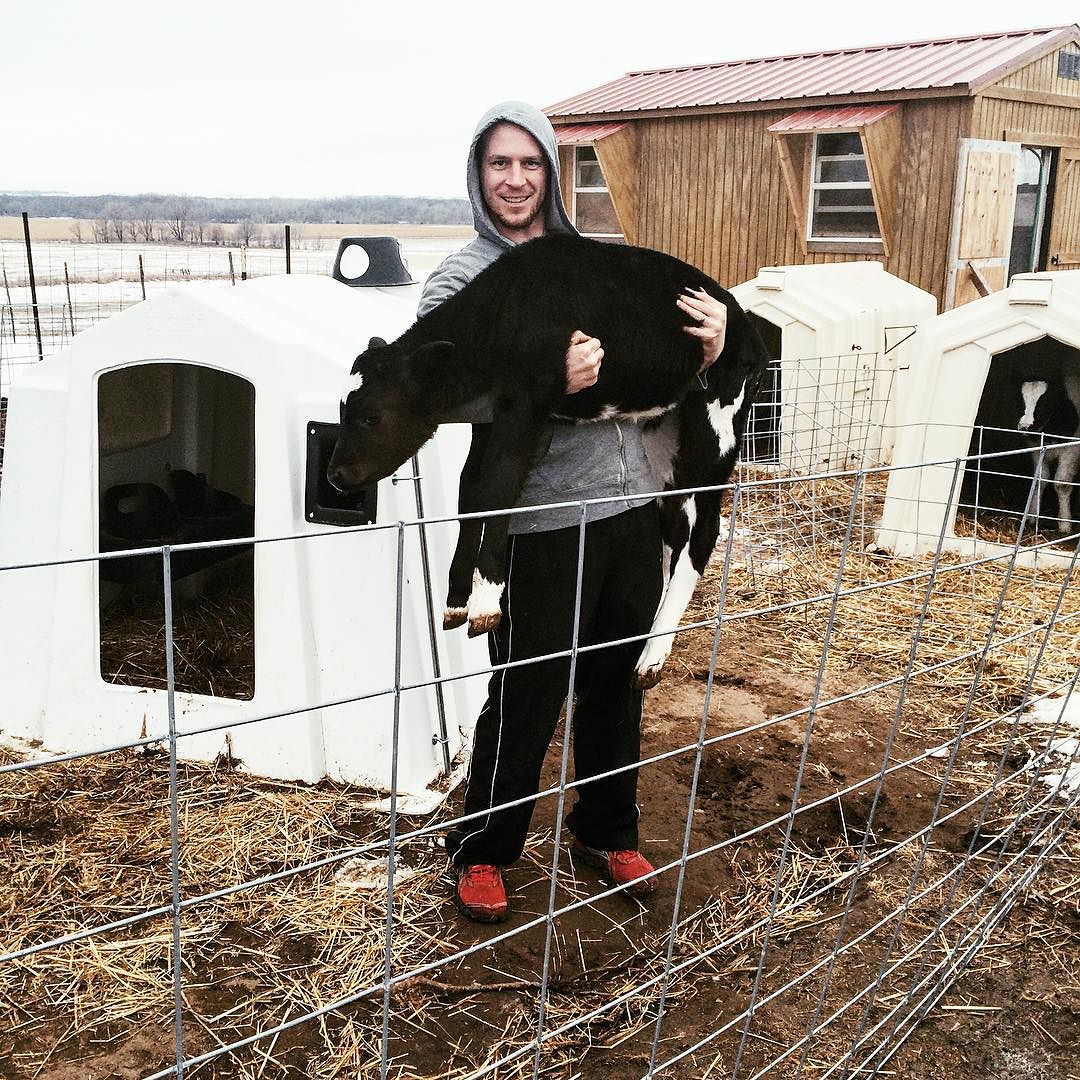 This is where the hubs comes in. You see he gets himself into a lot of predicaments that he says he never signed up for. And this was one. Wrangling the calf, picking it up limbs flailing, calf bawling and lowering it back into the fence that was frozen in the ground.

The good news, it was a success and this could be why he talks about the animals as if he never wanted them. Although let’s be honest, he seems to enjoy the inner farm boy, he just has yet to embrace it.

It’s not uncommon to find him scooping poop, gathering eggs, building fence and soon to pull baby goats (shhhh…. we’ll keep this one to ourselves until the time comes) but the good news is he seems to do it all with a smile… well except for the poop part. He wasn’t particularly thrilled Thanksgiving morning when the pen needed to be cleaned. In my defense it would take me 20 times longer than him.

Either way, this is (hobby) farm life and this is the hubs channelling his inner farm boy, even though he’d never admit it after he comes home from his corporate day job.

And this is why I make soul warming, hearty good foods, to win him back every.single.day. This is a winner and I think it managed to wipe away all of the memories of kicking calves. So whether you just got done doing chores, out of your day job or wanted to take a nice relaxing day to yourself, I can assure you that this will satisfy all desires. 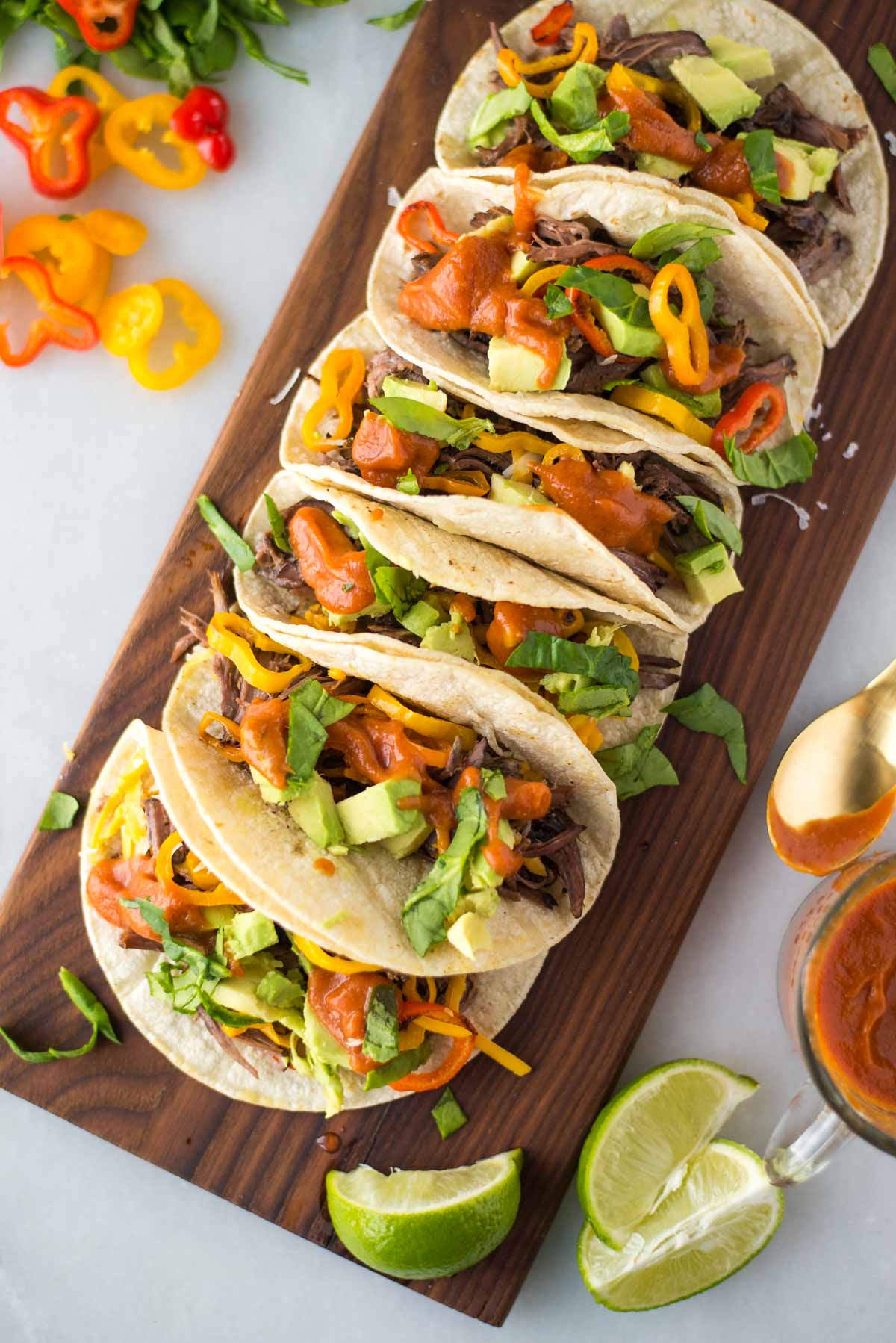 « Detox Hasselback Sweet Potatoes
How to Become a SRW Insider »