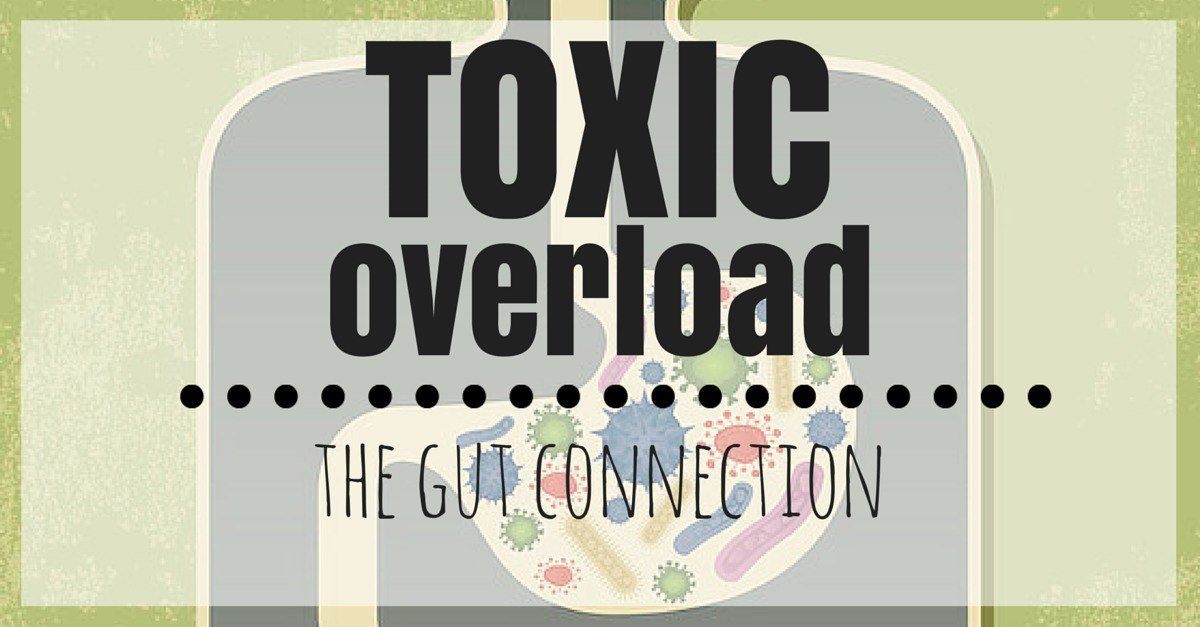 While I complain about having mud smeared on my perfectly polished floors and the constant stream of sand, rocks and other ‘outside’ material that always manage to make its way inside. I have to admit that I am, in a weird kind of way, pretty glad that my family is playing in the dirt.

That messy dirt is actually loaded with some pretty beneficial bacteria the helps our bodies to function and function well. Unfortunately, we often live in a sterile environment with an over usage of hand sanitizer, as well as other cosmetics not allowing our bodies to properly colonize with the good bacteria that has some pretty tremendous benefits on our body.

So just what is our microbiota and how are toxins posing a threat?

Our gut bacteria play a core role in our overall health. Researchers are just now learning about the health benefit of having the proper balance of bacteria. The important key to note is that a good microbiome is essential in the prevention of all sorts of disease. A lack of balance or symbiosis could be a key contributor to obesity and other disease, especially those caused by inflammation (1). 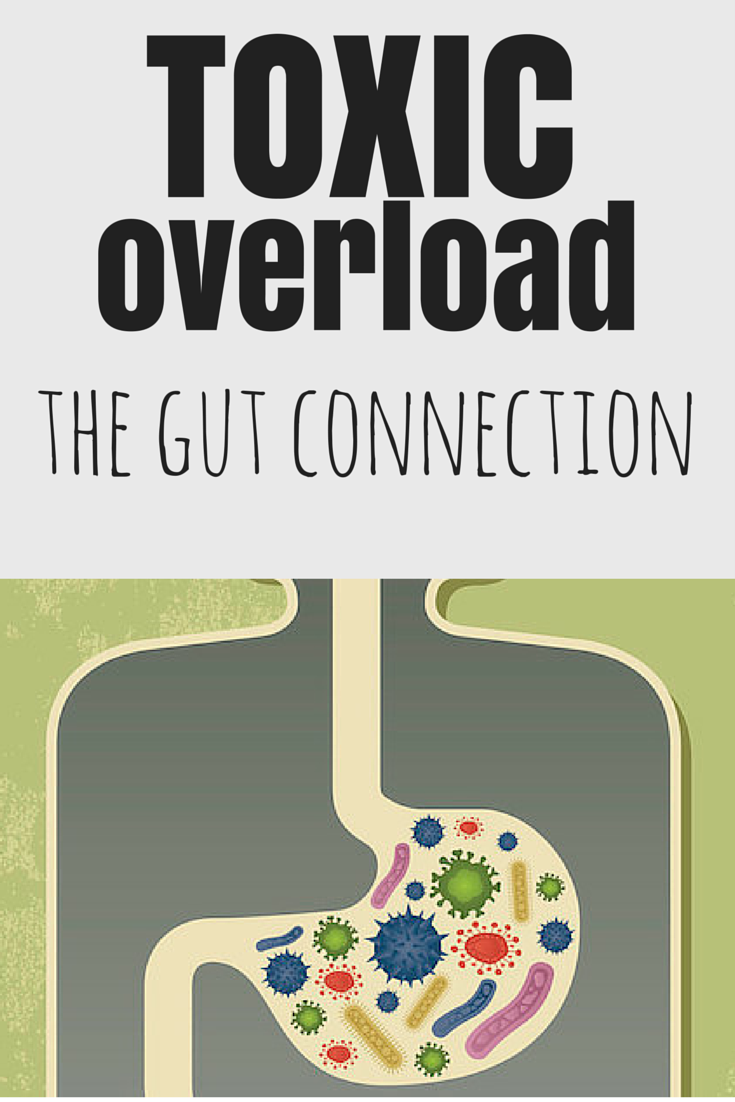 In short, we have around a 1000 trillion living (and dying) bacteria within us and on our skin. This equates to around a pound or two of microbes together that are forming a vast and largely uncharted interior world that we are just now beginning to understand (3). What we do know is that a disorder in this internal ecosystem either through the loss of beneficial bacteria or a proliferation of the “wrong” kind of microbes will predispose us to obesity, autoimmunity, food sensitivities, allergens, inflammatory disease processes as well as many viral and bacterial infections (2).

In fact, an experiment performed on humans by researchers in the Netherlands found that when the contents of a lean donor’s microbiota were transferred to the guts of male patient with metabolic syndrome, the researchers found striking improvements in the recipients sensitivity to insulin. This indicates that microbes, the bacteria within us, are having a major effect on our metabolism.

Not to mention the critical role the bacteria have in modulating and training our immune system acting as the gate-keeper to what gets into our body and what must stay out. Unfortunately, when this relationship is ruined, the gates are opened and everything good and bad is allowed in (3). It’s time to end the war. Quit fighting your own body and allowing it to create an environment that is not conducive to healing. Instead let’s foster an environment that allows the proper and good-working relationship between bacteria and self to work and to work well.

So what is killing the good bacteria?

There are numerous affecting our bacteria daily. We are constantly being bombarded by toxins that are killing our gut microbiota.

We need treat our microbiota as an endangered species.

Here are some compounds that are causing a massacre to happen in our bodies (4);

While some of these things we don’t have a lot of control over, there are others that we have great control. I urge you to take a stand. Stand up for your health and take an action. Even if you don’t want to change what you consume, at least change what you put on your body and on your skin, our largest organ. In fact, your skin is absorbing roughly 60% of what you put on it and with the average woman putting 515 chemicals on her body daily that equates to 309 chemicals that are getting absorbed through your skin alone (5). Not even considering all that you consume and breathe.

Take a stand, choose to make a change.

By taking a stand and choosing to reduce the toxic load on your system, working to achieve proper balance, you are agreeing to a life of lasting health. This alone could be the answer to your weight issues, that skin fungus that you can’t seem to shake, irritated joints, the constant headaches, mucus build-up, hoarse voice, bloating, constipation, irritable bowel, or maybe even a weakened immune system.

Here are five ways to make a change:

As I stated lasted week, one of the highest chemical loads we are putting our body through comes from our cosmetics. I urge you to check out what is in those cosmetics you are putting on your body and highly consider switching to a chemical-free, heavy-metal free company. You get the same beautiful, sleek coverage you are looking for but without the negative consequences. The same goes for your cleaners. Try switching to natural cleaners or even homemade natural cleaning agents such as vinegar to do the job. These can be highly effective, without the negative consequences.

Processed foods have only been found detrimental not only on your microbiota but on nearly every other aspect of your health. Between spiking your insulin levels, throwing your hormones out of whack and causing a cascade of inflammatory and fat storing processes, we must choose to eat real, wholesome, nutritious foods that can be found from the earth.

We are more separated from nature than ever before in human history. Rarely do most Americans need to be outside more than a couple of minutes a day. It is been found that Americans do roughly 90% of their life indoors. Studies show that opening a window and increasing the airflow will improve the diversity and health of the microbes in your home, which in the end benefit you (6).

4. Rely on your immune system.

We are a culture scared of germs. With the over usage of hand sanitizer and creating ‘sterile’ environments, we not only block the bad bacteria but we are also killing the good guys as well. While I’m not opposed to washing your hands, I challenge you to do just that and put the hand sanitizer to rest. Make sure you have a balance, don’t fear it but rather foster and environment that allows your immune system to do its job. Stop fearing germs.

Dirt is full of bacteria that is beneficial in colonizing our bodies with those that we need. Let your children play in the mud and get your own hands dirty by planting a garden or flowers. Allow dirt to be an acceptable part of your life. If you don’t live in an area that has a lot of dirt, such as a big city, I challenge you to go to the parks often. Sit in the grass, eat a picnic, just be near dirt as much as you can.

If you are at a loss, you recognize that your health is not where you want it to be but you need help pushing it back on a path of lasting health make sure you sign up for my free video series. The information provided with help you make the simple changes necessary to find relief from the nagging pains, weight gain and colds that plague you. You can overcome this, you can gain health, you can re-colonize and balance that microbiota allowing you to be your best self.